This spring, I had the occasion to work with colleagues James Hillenbrand and Louisa McIntyre on an examination of the intersection between video game storytelling and quantum mechanics.  The idea was as follows:  a particular interpretation of quantum mechanics explains the way the universe works as a process whereby reality literally branches into different worlds each time a “measurement” occurs, so that everything that is possible within the universe happens in at least one of the many resulting worlds.  It seemed that the many possibilities created by video games could perhaps represent and expound upon this view of the world.  You can read our results below.

Modern video games have representational dynamics that allow them to make aesthetic choices that are unavailable to other narrative media. In particular, video games integrate the concept of possibility in a unique way: in spite of often describing a narrative that has a clearly articulated beginning, middle, and end, video games also give the player a large degree of choice with regard to how she wishes to proceed through that narrative – and, more generally, through the world of the game. From this element of choice emerges the fact that video games represent different possible paths through a single narrative, and that it is up to the player to choose which path is made actual vis-à-vis the experience of playing the game.

This leads to the following observation: given that video games have the potential to represent different evolutions of a single universe, it seems that the potential may exist for video games to aesthetically represent a many-worlds interpretation of quantum mechanics.[2] Roughly sketched, many-worlds quantum mechanics proceeds as followed: when quantum mechanical states are analyzed, in order to make sense of particle behavior, we have to posit states known as ‘superpositions’, in which particles exist in multiple, mutually-exclusive states at the same time. Given this, an explanation needs to be given to explain how we perceive definite outcomes to experiments on the macroscopic scale. The explanation of many-worlds is to say that, rather than superpositions ‘collapsing’ into definite outcomes when particles are measured, moments of measurements actually cause reality to branch into discrete worlds, one world in which each of the two different experimental outcomes was perceived. So many-worlds in this sense propagates superposition across the entire universe by causing reality to branch over time into many worlds in which every possible outcome is actually realized.[3]

I, along with James Hillenbrand and Louisa McIntyre, set out with the goal of determining what type of video game, if any, is best equipped to represent many-worlds theory. What I myself had in mind by “representing many-worlds” were two particular criteria: firstly, a faithful representation of the precise dynamics described by many-worlds; secondly, a capacity to experiment with what it would be like to live in a world in which one knows that a many-worlds theory is true.

With regard to types of video game, my colleagues and I pursued a threefold distinction that, though certainly far from an exhaustive taxonomy, draws out distinctions that are particularly useful to the inquiry at hand. The first type of video game, called ‘1st-person games’, refer to games in which the character whom the player controls (hereafter ‘avatar’) is epistemically embedded, by conceit of the game, within the world of that game’s narrative (this was the game type which I personally analyzed). In contrast, the second type of video game, called ‘3rd-person games’, give the player a “god’s-eye view” into the world of a game by placing their point of entry into the game outside of the world of the game’s narrative (this was the work of James Hillenbrand). Lastly are video games which we termed ‘anti-games’: theoretically speaking, these games could be either 1st-person or 3rd-person; the crucial difference is that these games do not have a rigid conception of narrative as it is typically conceived – therefore, there is no sense of “privileged outcomes” in the game’s world (this was the work of Louisa McIntyre). Each group member took a single game as a case study in one of the three game types, and presented the points for and against the game “counting” as a many-worlds representation. 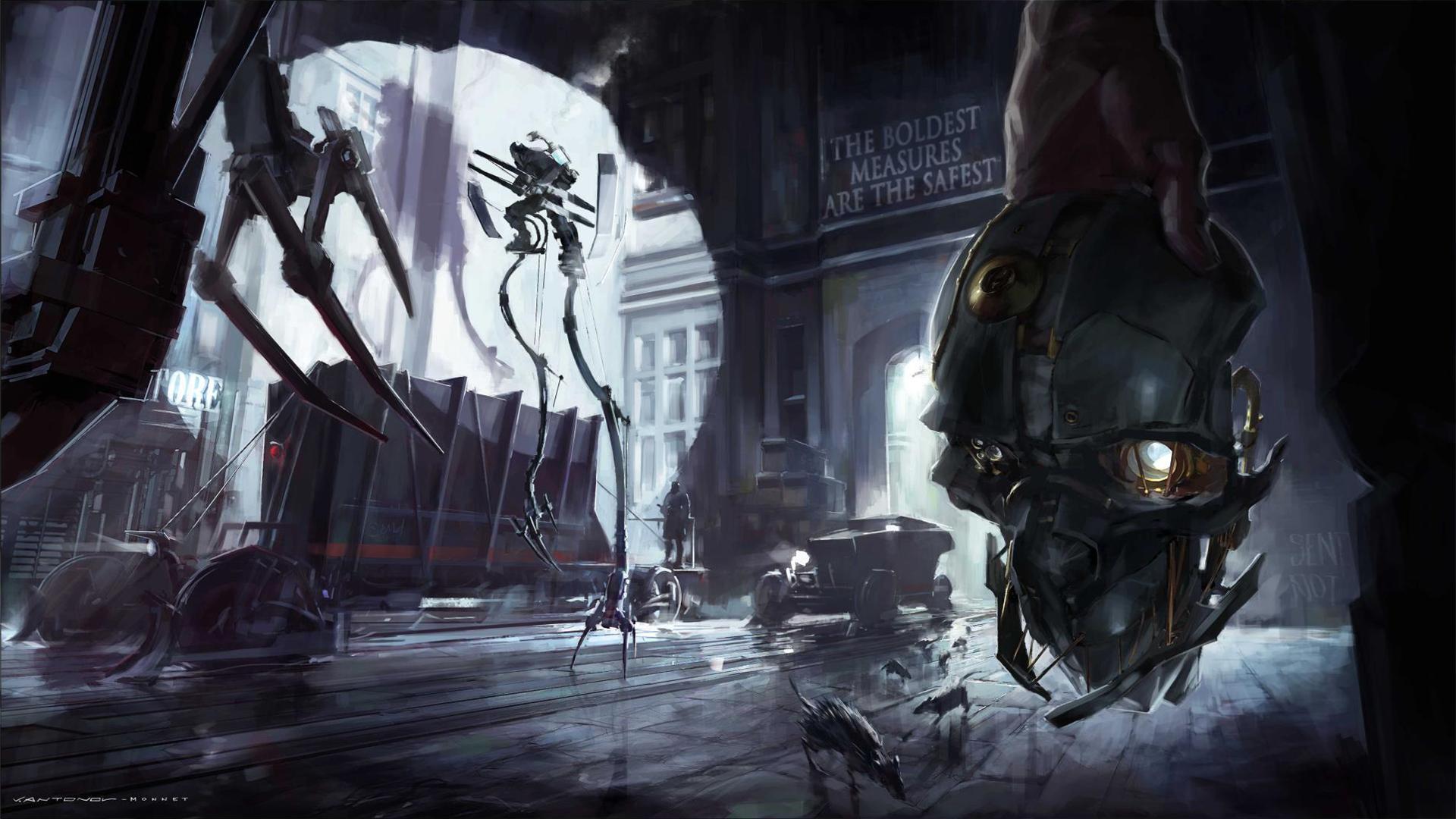 “Dishonored” (Bethesda, 2012) was taken as the model for 1st-person games. Crucial to the game’s import with respect to many-worlds is the fact that the evolution of the narrative is grounded in a choice system called the “Chaos System”: the player’s avatar, Corvo, can achieve the objectives of the game through blunt, chaotic, lethal means (called “high chaos); or, he can achieve them through more discrete, non-lethal, surgical means. The choices made by the player regarding how to proceed in the game’s world directly alter that same world: more high-chaos choices lead to a world in chaos, verging on anarchy, with a plague threatening to consume all of society; more low-chaos choices lead to a more stable city, with order pervading, and a more hopeful future in sight. The impact of this choice engine is both local and global: different choices alter the disposition and actions of other characters in the world, but they also will ultimately lead to entirely distinct outcomes to the game’s story: either a high- or low-chaos ending.

The game’s major usefulness in modeling many-worlds is that, as a 1st-person game, it helps us to make sense of what it is like for an agent to be epistemically embedded within a many-worlds universe. It also allows us to imagine what it would be like for an agent to experience more than one “path” through the many-worlds universe, because the game also allows the player, after completing it, to begin again and make entirely different choices, yielding different outcomes within the context of the same overarching universe. An interesting epistemic consequence is that, while the player is ignorant of the universe overall branching structure during their first time through the game – as we are supposed to be as agents within a many-worlds context – the player is able to better understand and in fact determine which paths Corvo takes through the universe on subsequent playthroughs of the game.

There are two major shortcomings to the 1st-person model in relation to many-worlds. Firstly, the universe of the game seems to have privileged outcomes: there are ultimately only two conclusions to the evolution of the narrative, and beyond that, the game places a premium on the player putting in the additional effort required to achieve a low-chaos ending. Further, as stated above, the player on subsequent playthroughs is able to directly manipulate the course taken by Corvo through the game, which seems to countervail our understanding of stochastic experimental outcomes (I believe this shortcoming can be overcome, but will return to this later). 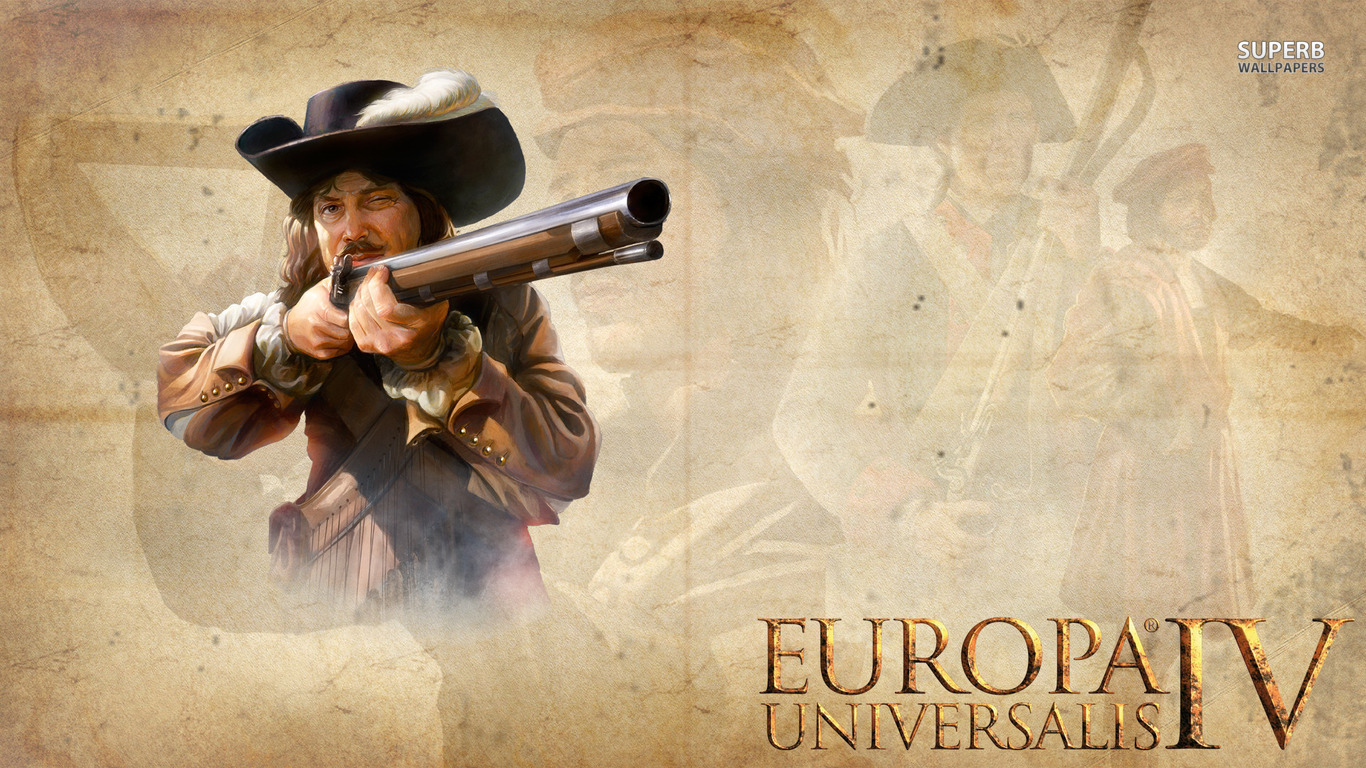 “Europa Universalis IV” (Paradox Interactive, 2013) was used as a model for 3rd-person games. The general conceit of the game is that the entire world is divided into a very large number of provinces, which interact and evolve over the course of a few hundred years. This can be used to model historical events from the perspective of a single nation; but, more to the point for the purposes of our study, it can be used to configure totally different initial conditions and stochastic values for different events, which the player can then watch evolve.

Useful in relation to many-worlds is that this model projects an “objective” view on the universe, without the complications that arise from observing the universe while bounded by it. There is also a strong sense of stochasticity interacting with the world’s initial conditions, which preserves the notion of probability while also representing all possible outcomes of the world when the game is taken as a whole, irrespective of a single run. Drawbacks include the fact that this objective vantage point seems to ultimately be unavailable to us with respect to our actual universe, and that the game, by virtue of being a program, only uses pseudo-random processes. 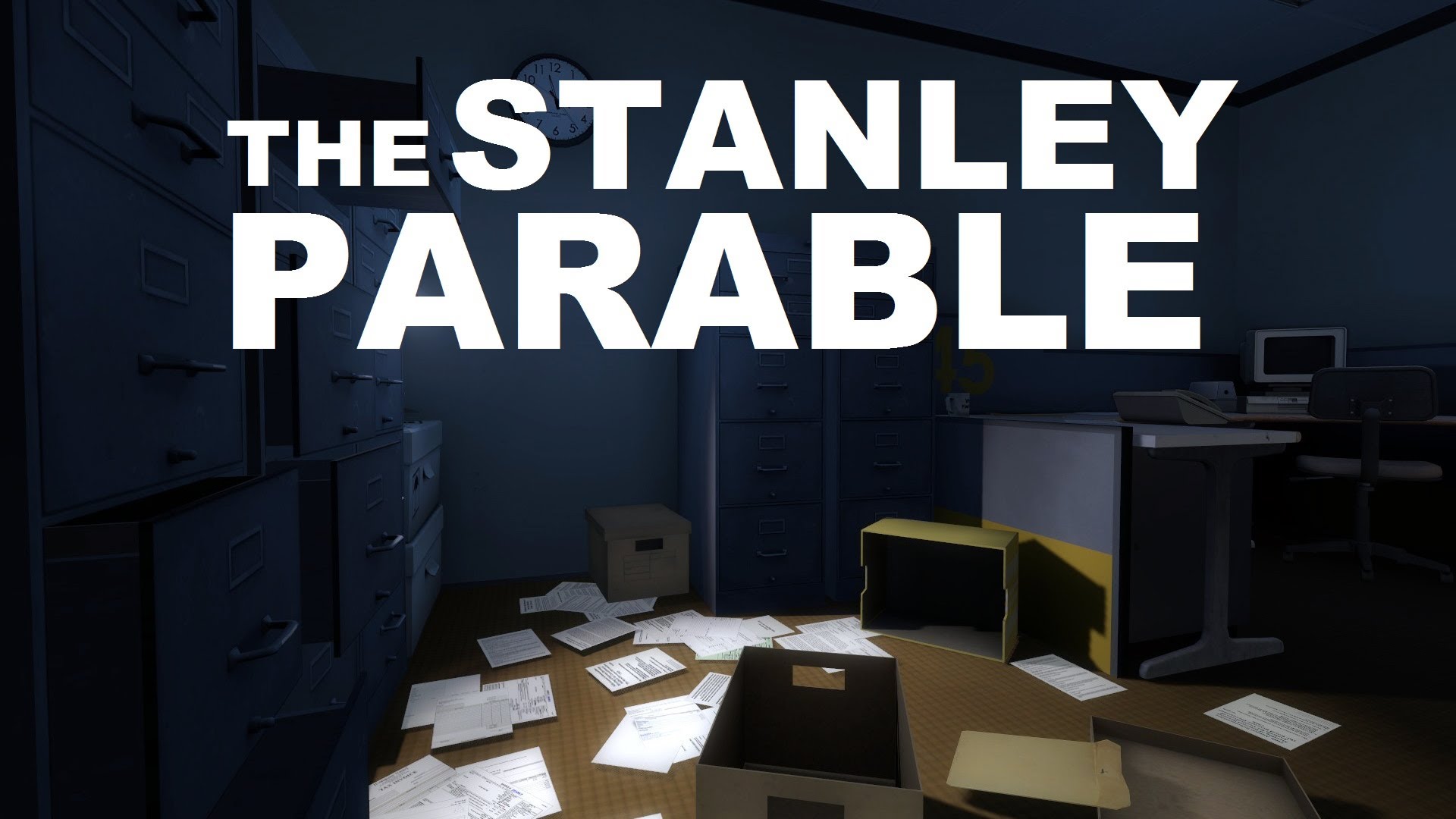 “The Stanley Parable” (Davey Wreden, 2011) was the model of a 1st-person anti-game. The conceit of the game is that the player’s avatar, Stanley, enters work one day to find no one there; a narrator says what Stanley is going to do next, and the player can either acquiesce or do something different. There is no real conception of overarching plot, no traditional objects, and no privileged outcomes; rather, the focus is merely on the player making choices and seeing what happens.

The model fits many-worlds, essentially, by virtue of the same advantages that 1st-person games generally have. The additional advantage is that these games have no sense of privileged outcome, which supports the idea of the universe lacking a directive of intentionality or teleology. Further, in this particular case, the narrator’s speech is analogous to “measurements” on the universe, at which point the player must choose how to proceed. With respect to shortcomings, the game is susceptible to the same epistemic complications as “Dishonored.”

Discussion of this project with colleagues brought out two particularly salient points. Firstly, the question was raised about game series, such as “The Elder Scrolls” (Bethesda) in which player choice determines outcomes, but games are also sequential. This dynamic seems to provide games the aesthetic opportunity to play with the act of extending previously closed universes: for example, a game may have its ending determined by the player, but its sequel might in some way “collapse” the impact of that choice so that the sequel can coherently attach to any possible ending of the first game.

Secondly, the discussion led to consideration of perspectival indexing with perspective to probability in the many-worlds structure. This is what led me to ultimately believe that the seeming 1st-person weakness of player being able to determine outcomes is not actually a viable objection: if we take the perspective of an implied narrator around whom the game is focalized, as opposed to the perspective of the player herself, then it is reasonable to suppose that the player’s intentionality is inaccessible to that narrator. The player will take, say, a high- or low-chaos path – and, based on the player and particular decision point, she will probably be disposed to different degrees to take either of the paths – and the narrator will not know which branch the particular player has followed in the overarching universe until after the fact. This, in my mind, is the start of a robust articulation of probability within a consciousness framework of many-worlds – and we needn’t even worry about cases where the player’s consciousness is engaging with mere zombies, because we know in these games that other characters are mere automata. This is ultimately what led me to believe that 1st-person games have the most potential to experiment aesthetically with many-worlds; with respect to whether anti-games or traditional games are better fitted to the task, I am inclined to side with anti-games by virtue of their eschewal of privileged outcomes.

[1] I am indebted to the fellow students of Ned Hall’s Philosophy of Quantum Mechanics course, as well as Kate Vredenburgh, for the discussion referenced in the last portion of this paper.

[2] Typically, when I reference “many-worlds,” it will refer to the general foundational tenets agreed upon by most many-worlds camps; I will explicate when I have a more specific subset of many-worlds – say, a consciousness interpretation – in mind.

[3] For a more granular account of many-worlds, see the Stanford Encyclopedia of Philosophy entry on the topic, by Lev Vaidman, ed. Edward N. Zalta (2015).

Aaron Suduiko is the founder of With a Terrible Fate and studies the philosophy of video game storytelling. He specializes in the impact of player-avatar relations on game stories.  Learn more here. 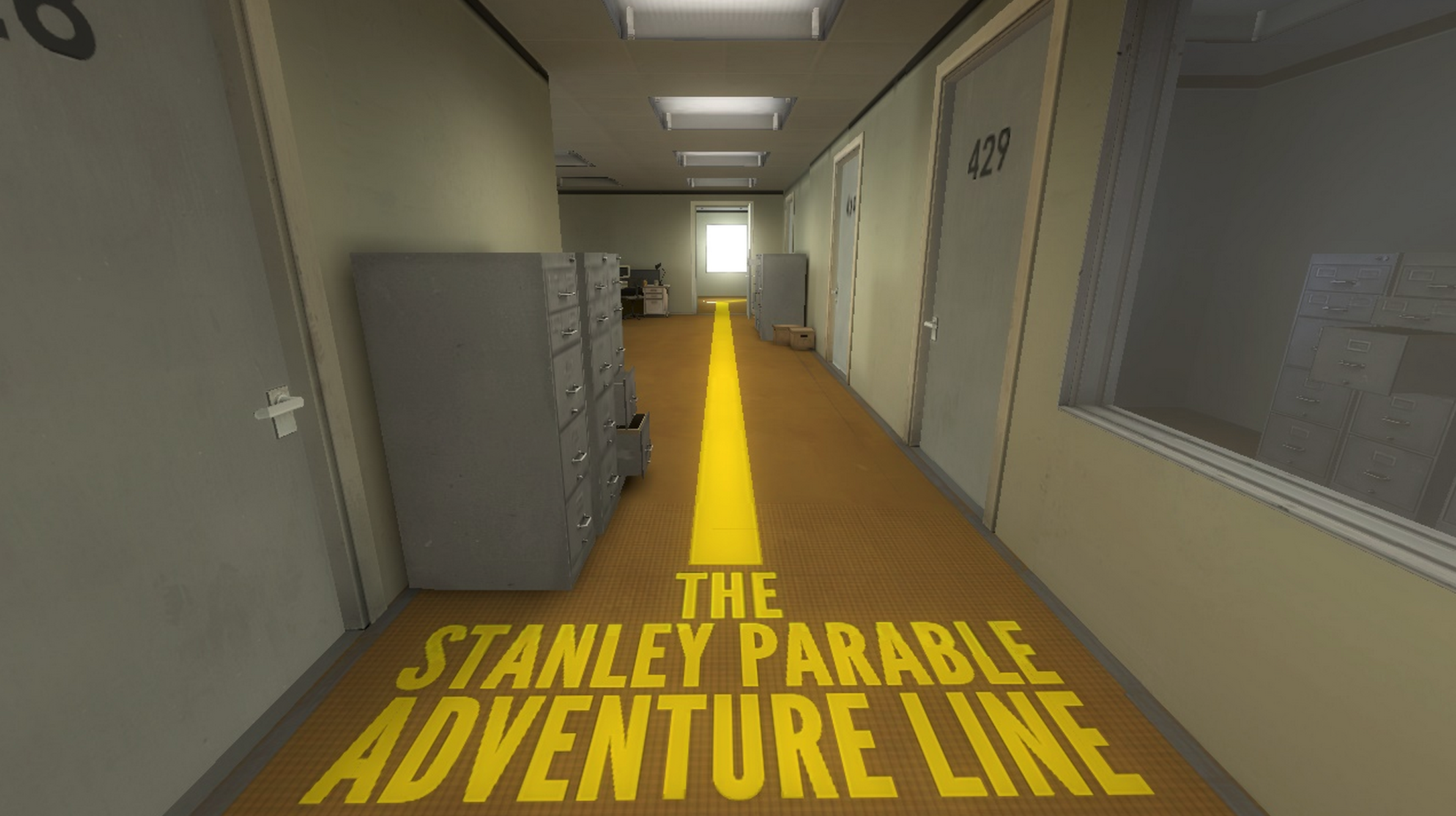 “You are not Stanley”: Cyranoids in “The Stanley Parable.”

"The Stanley Parable," the Milgram experiments, and the ins-and-outs of avatar identity.