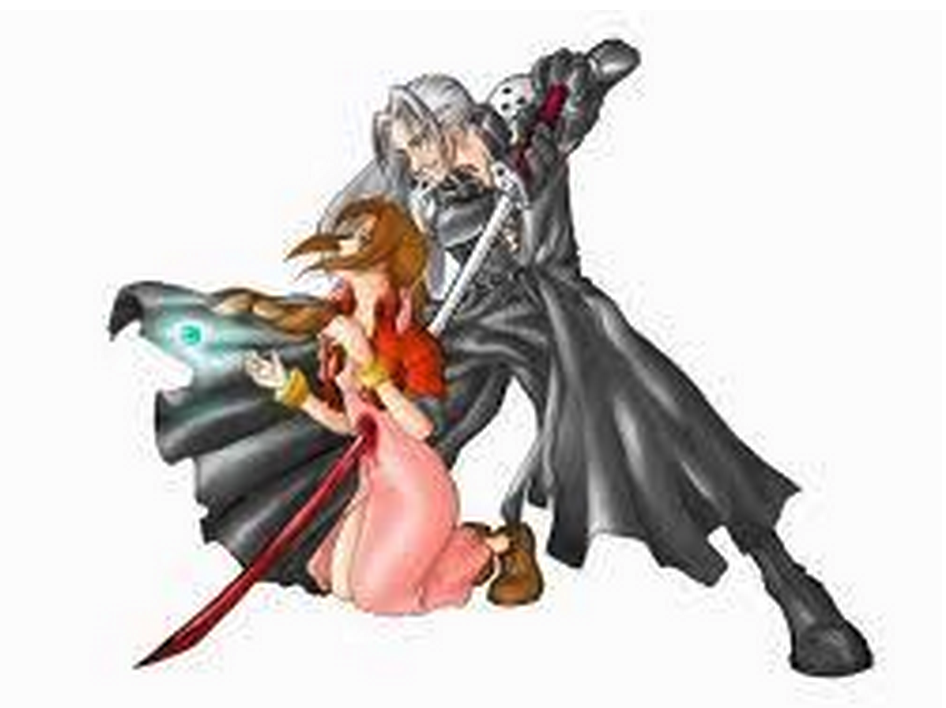 I’d be remiss to discuss death in video games without mentioning Aerith’s death in Final Fantasy VII. It’s regarded as one of the most impactful scenes of one of the greatest video games of all time, and there’s good reason for it. The moment is pivotal plot-wise, turns an already terrifying villain, Sephiroth, into something much more, and is tender and poignant all the same. But something else happens in this moment when Could lays Aerith to rest forever, which can only be achieved in a video game—and this ties back into our discussion of capacity, the ability and degree to which the player can act within the world of a game (see my last article for a more involved exploration of capacity). 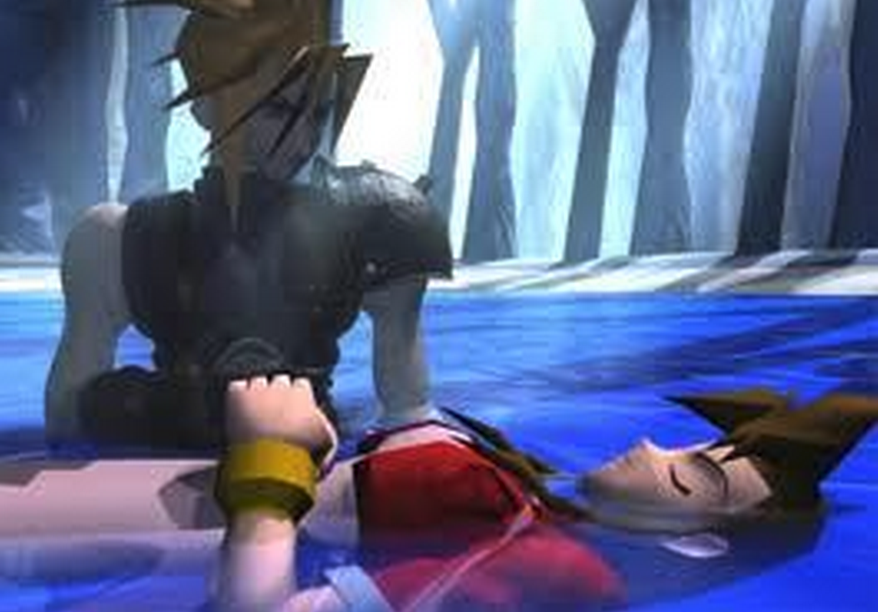 In order to understand why Aerith’s death is so compelling, we first must understand how death typically works in video games. Death of major characters in stories is actually quite common in video games, especially mid-battle. But these deaths are completely non-consequential outside of the context of an individual battle, since you can revive your characters both during the battle and afterwards. Many battle systems in games lead to fairly frequent character death, so you get fairly accustomed to it as a player. I’ve played many Final Fantasy games where during late-game boss battles my party looks something like this: 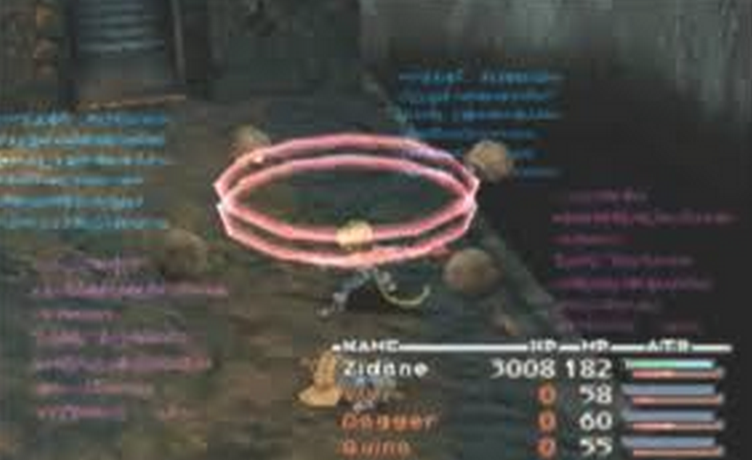 And you’re not really worried about it too much, because you know that, as soon as the fight’s over, you can just revive all of your dead party members. One might object that this kind of death in battle is actually a non-trivial kind of narrative event, since this is a part of game mechanics through which the narrative is conveyed. However, we can see that this sort of death really is trivial by comparing it with our conception of death in real life: death is by nature a permanent thing, from which one cannot return. So death in this context within video games doesn’t represent the reality of death—and in this way, it makes a typically serious concept trivial.

In contrast to death being a trivial event in gaming, a few notable games decided to make any character death in a game permanent.  I use the term ‘Perma-Death’ to pick out instances in video games of death that mimics the permanency of death in real life. One example of a franchise that uses Perma-Death is Fire Emblem. Fire Emblem, which is primarily a military strategy game, features large amounts of playable characters; if any of these characters die during battle, they are truly gone forever. And these deaths are always the player’s fault. You can (and in my opinion, should) play the game with no character death. But, if you mess up, they bid you farewell, die, and then the game goes on, except you can no longer use that character. They are dead in the way that we would expect someone in real life to be dead. 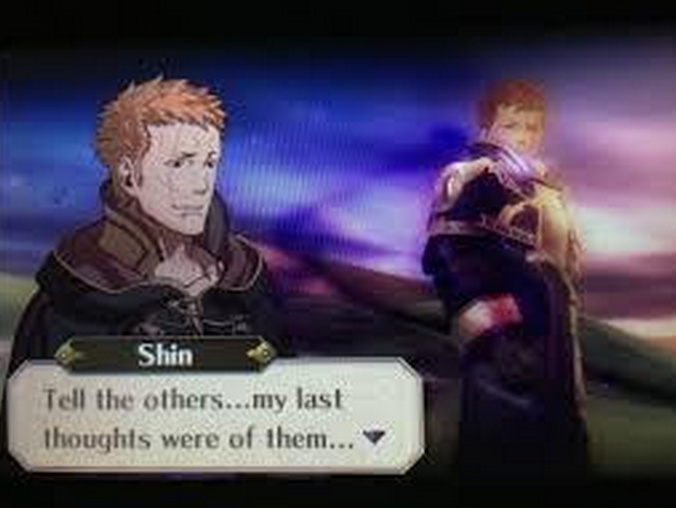 This ended up being an amazing decision on the part of Nintendo, the developers of Fire Emblem. The game mechanic is awesome in terms of gameplay, since it makes all of the battles immensely harder: you only have a limited number of playable characters in the first place, so the game ends up being a constant tactical balance of winning the fight and keeping your characters alive and well. The Perma-Death game mechanic actually changes the narrative of the game. What would be a game simply about tactics and war without Perma-Death becomes a story about careful planning and tending to your troops. The narrative becomes more stressful, since you personally feel responsible for all your troops.

Let’s dive a little deeper into this concept of responsibility. In most Fire Emblem games, you play as a completely silent tactician, to whom every unit under your command listens unflinchingly. This means that you, the player, are solely responsible for the fate of these units. If a character dies, then you allowed them to die; this is true because their death is not a necessary part of the overall game structure (unlike Aerith’s death). You know that, if a character dies, that you could have finished the mission with a strategy that doesn’t lead to their death. All responsibility for their fate lies on you, the player.

This makes each individual character’s death more meaningful, since you, the player, personally know that there was something you could have done to save them. If you allow the character to die without retrying the level, then you have to play the rest of the game with that weight on your shoulders. The power of the mechanic has actually made it too stressful for me to play at times.

So now let’s turn our attention back to Final Fantasy, a game series that historically does not make use of the Perma-Death mechanic.  By way of summary for those who are unfamiliar with the game, the primary antagonist, Sephiroth, kills Aerith, one of the two love interests of Cloud, at roughly a third of the way through the game. The aspect of the scene that I’d like to focus on is what Cloud says in response to her death, and how the designers then masterfully use game mechanics to make Cloud’s response visceral and real for the player, such that they can truly feel the loss of a loved one along with Cloud.

So, what does Cloud say? Holding Aerith dead in his arms, Cloud exclaims, “Aerith is gone. Aerith will no longer talk, no longer laugh, cry… or get angry… What about us… What are we supposed to do? What about my pain?” 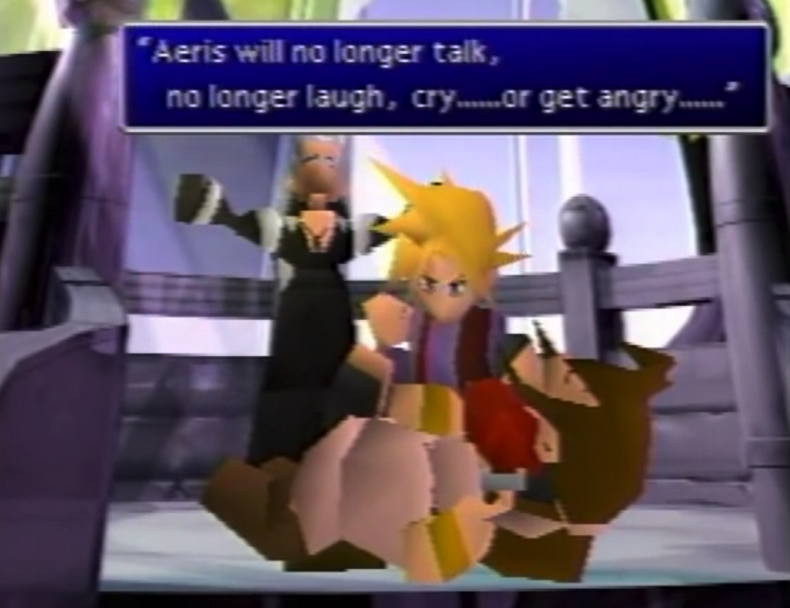 Cloud is lamenting her death. He is exclaiming that what just happened was not a joke; it wasn’t fake. Aerith is really dead.  And not only that, but Cloud is also trying to understand how he’s supposed to move forward and continue to live and act even with a friend gone. The stroke of genius on the part of Square, the game’s developer, was how they managed to transfer this sense of loss from the virtual Cloud, to the real player.

For those of you who are more familiar with the game, you may note that I take it for granted here that Aerith is truly gone after her death. But the game does allude to the possibility that she is still alive in some capacity after her death in a spiritual way in the Lifestream. I will go into this possibility next time in my discussion of narrative dissonance.  But, for the sake of this article, I assume that Aerith is indeed completely dead in an existential sense, because this appears to be the reality for Cloud.

In a game that usually trivializes death—where characters often die and are resurrected during battle—the power in terms of game mechanics regarding Aerith’s death is that it is a case of Perma-Death. And she has no replacement, either: one of your playable characters disappears from the game structure. Unlike Lavitz and Cait Sith, from Legend of the Dragoon and Final Fantasy VII respectively (see my previous article), who are immediately replaced in the game by characters that are almost identical mechanically after they die, Aerith has no character analogue that appears after she dies. The player’s capacity changes drastically after Aerith’s death. It’s the changes in capacity that make a permanent death in a game poignant. Three of these changes make the player’s sense of loss at her death visceral.

All of this is to say that after Aerith’s death, the player’s capacity has decreased dramatically. The player’s literal loss easily leads to a feeling of loss.

Let’s start with Point 1. Each playable character in Final Fantasy VII has two unique “ultimate” powers. One is the character’s most powerful weapon that exists in the game, and the other is the character’s most powerful “limit break,” or most powerful attack. More often than not, players do not concern themselves with either of these elements until the main story of the game is over, and they want to explore the rest of the large amount of additional content. This is largely due to the fact that these elements cannot usually be found until late in the game. So one would think that, since Aerith dies only one third of the way through the game, she wouldn’t have either a top-tier limit break or an ultimate weapon; but, even though the player is unlikely to be looking for them at that point in the game, they both exist. The game features an ultimate weapon for Aerith is called “Princess Guard” that is actually more powerful than Cloud’s ultimate weapon. The same situation is true for her limit break, called “Great Gospel.” It is listed on the same tier level, and is as powerful as every other character’s top-tier limit break (if not, once again, more powerful). Unlike the ultimate powers of the rest of the characters in the game, Aerith’s can be acquired prior to her death. The equivalent items for other characters do not become available until later in the game, well after her death. Aerith can actually become more powerful than every other character in the game before she dies.

So you can see that Aerith can indeed become a fully developed character before her death, and by that fact alone she becomes unique. She’s the only character with limit breaks that heal your other party members, as well. But the most readily observable bit of uniqueness is that Aerith quite simply has the highest magic stat in the game  She is better with spells than every other character. This makes her a huge asset in the parts of the game where she is alive.

But once she dies, she is simply gone. And her death is inevitable. Unlike in Fire Emblem, you cannot beat the game without her untimely death. When she dies, her ultimate weapon disappears; you can’t use her limit break. And your most powerful magic user is nowhere to be found. You spend the rest of the game astounded at the acute absence of a playable character and one of Cloud’s closest friends. The game doesn’t just tell you that there is loss—the game makes you feel loss. When she dies, your ability to act in the game world decreases. Not only does Cloud express to you his grief, you’re led to really feel it. These are the kinds of details that separate Final Fantasy VII from the multitude of run-of-the-mill games. These are the details that can make video games powerful. 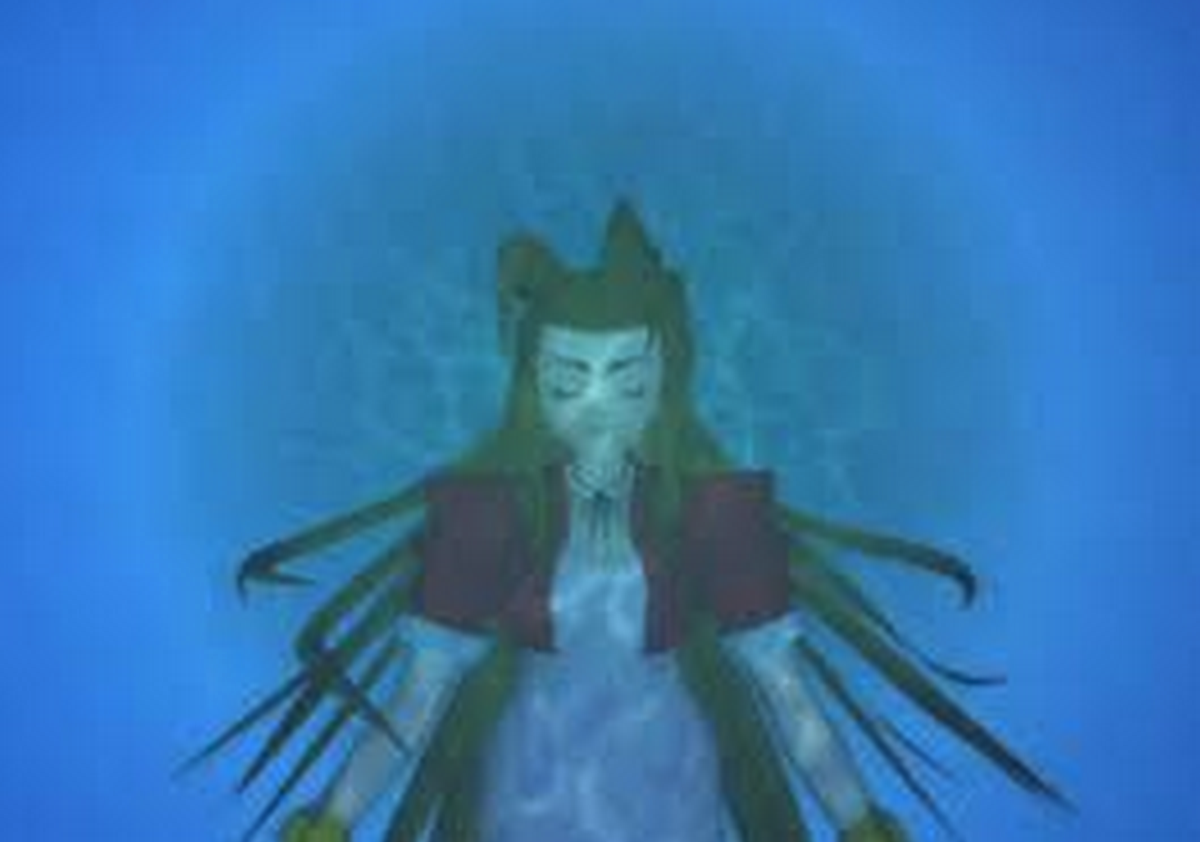