Something I haven’t yet mentioned on With a Terrible Fate is the role a particular gaming platform plays in how we experience a video game.  Because the narratives of video games, as I have discussed previously, are inherently dependent on the agency of the player, it makes intuitive sense that the narrative might also be impact by the literal interface through which the player engages the world of the game.  So, with “Majora’s Mask 3D” coming in less than a month, it seems like an appropriate time to talk consoles.

I do not have in mind a point-by-point comparison of the specifications of different gaming platforms, for such an undertaking would be unnecessarily broad and superfluous to the current course of analysis.  Instead, my aim in this article is to put one particular console distinction under the microscope, and answer this question:  what is the difference between playing “Legend of Zelda:  Majora’s Mask” on a stationary console (i.e., Nintendo 64, GameCube, or Wii) and playing it on a portable console (the 3DS or New 3DS)?  First, I analyze the how stationary console gaming frames the experience of Termina; then, I move to theoretical speculation on how Termina might be conveyed on a portable console; lastly, I compare the two side-by-side.

There are two points I should note before I begin.  First:  my method of console analysis uses the original version of “Majora’s Mask,” because that is the version currently in circulation.  I am aware that changes are coming to the 3DS remake of the game, but will reserve judgment on that version until it is available in full.  Second:  from my claim that the agency of the player is narratologically significant in video games, it’s a reasonable move to extrapolate that the experience of a player engaging a game is also somehow significant.  It would be foolish for me to try to universalize player experience; rather, what I aim to do here is to outline the matrix of player experiences to which stationary and portable consoles are conducive. 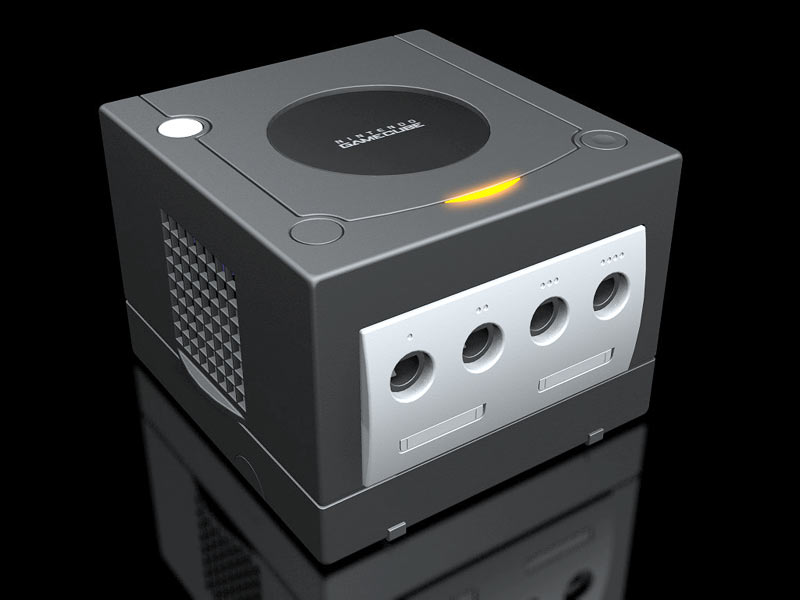 To begin with, recall the relevant passage in my account of the player’s narratological significance in Termina:  “it is the player who is ultimately responsible for imparting that agency to Link.  This is what makes the line [‘You’ve met with a terrible fate, haven’t you?’], in my mind, so significant:  beyond encapsulating the aesthetic dynamics of ‘Majora’s Mask,’ it can be read as an argument for the nature of video games as a medium.  The player turns on a game and is informed by the game that, in turning it on and engaging it, they have brought a universe to life; yet the persistence of the universe in contingent upon the player’s choice to continue playing the game.  The game establishes a coherent universe, and yet the most basic authority of that universe must be ceded to the player.”  This stems from my framing of Termina as an ephemeral world which depends upon Link’s encountering it in order to exist. 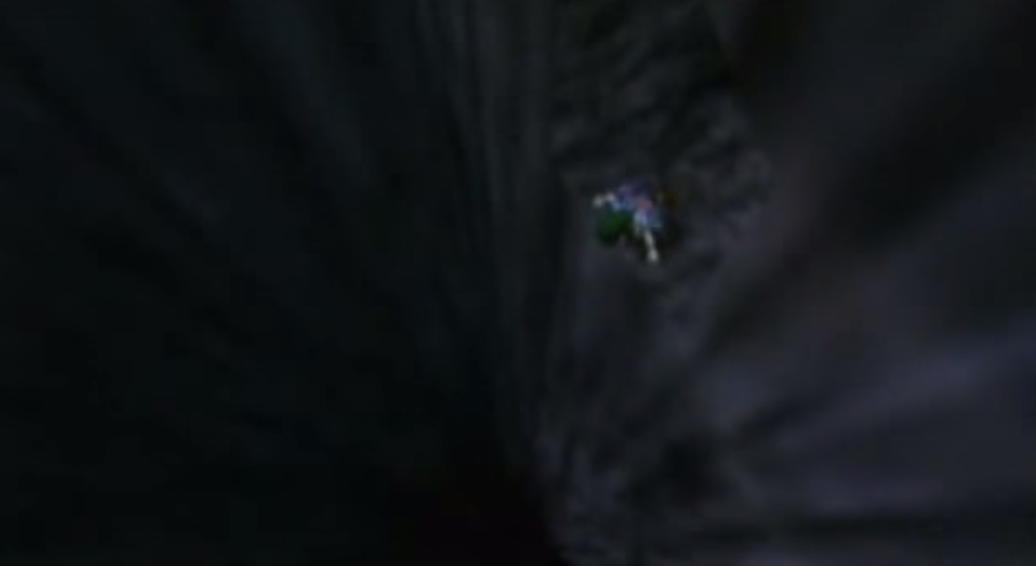 “Majora’s Mask” begins with Link’s chasing down Skull Kid, who has stolen the Ocarina of Time; in chasing him, Link accidentally falls into a gaping chasm that drops him in Termina — much like the Rabbit Hole of Alice in Wonderland.  This is the point from which Link enters the world whose existence is metaphysically contingent upon his acting as a witness.  This presents an immediate point of comparison with stationary consoles:  the console, like the rabbit hole, is a fixed point which facilitates access to a distinct universe dependent upon the agency of the being who passes through the conduit.  This framing effectively creates a player experience that mirrors Link’s experience:  the player arrives at a particular point (the console), and stumbles upon a world contingent upon their agency — and the ‘stumbling’ really happens when the player begins the game without prior knowledge of the storyline. 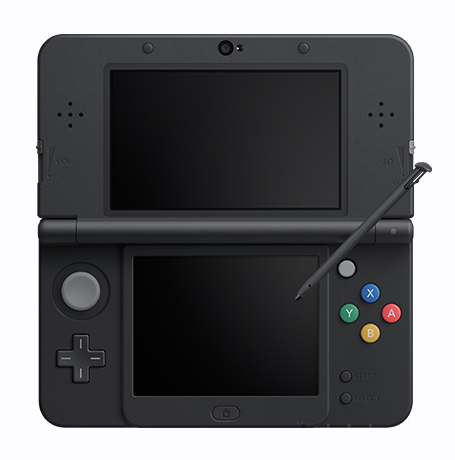 If stationary consoles are in a position to model the player’ experience after Link’s, then what is the 3DS in a position to offer the player, if anything?  There was a time when technology limited portable gaming such that stationary consoles were able to offer more elaborate gaming experience; while it is still the case that stationary consoles have greater capabilities than portable systems by design, the state of portable consoles is such that they can be utilized to effect unique aesthetic experiences.  I point to “Okamiden,” the sequel to “Okami,” as an example of what I mean.  “Okami,” a game for the PS2 and Wii, told the Shinto epic of Amaterasu from beginning to end.  “Okamiden,” for the Nintendo DS, miniaturizes everything about “Okami”:  the story follows children of heroes and gods instead of the actual heroes and gods, and the entire narrative is conveyed through the diminutive vehicle of the DS.  I think, therefore, that we are at a point in time where we can analyze the aesthetic value of portable consoles relative to more “robust” consoles. 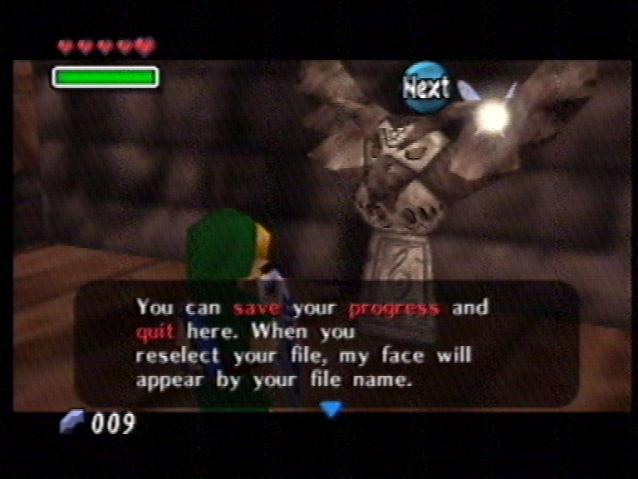 The aesthetic relation I see between “Majora’s Mask” and portable gaming is that of the Owl Statues.  Recall my mention of them in my article on Termina’s musical metaphysics:  “players can also save their game at Owl Statues throughout Termina; but these saves are described as temporary in that the game is exited upon saving, and the save marker is deleted when the save file is reopened.  Thus, the very design of the Owl Statue suggests that it only provides the player with an artificial and indirect relation to the game’s universe, as compared with the Song of Time.”  At various points throughout Termina, Link is able to use the mechanism of Owl Statues in order to temporarily disengage from Termina’s universe — presumably by virtue of his relationship to Kaepora Gaebora, the owl who exists outside of Termina’s bounds.  Just so, the use of a portable console allows a player to “depart from their universe,” as it were, and enter the universe of a game, by turning on the console virtually anywhere.  So, whereas the stationary consoles create an aesthetic analogue of Link’s rabbit hole, the portable consoles act as Owl Statue analogues.

Most interesting about this analysis is that, when we compare stationary consoles alongside portable consoles, they appear to describe two sides of a single coin.  Both kinds of console aesthetically reflect movement of the player between universes, but the directionality of this movement is diametrically opposed in each case.  The stationary console describes the player’s entry into a closed universe derivative of their own, dependent on their actions in order to exist; the portable console, on the other hand, describes the player’s return to a single, umbrella game universe that is accessible independently of the player’s position in reality.  What’s particularly exciting about the remake of “Majora’s Mask” is that it’s not yet apparent what the latter horn of this theoretical model implies.  My theory thus far has been an explanation of the game from the position of stationary consoles, which culminated in the analysis of the line ‘You’ve met with a terrible fate, haven’t you?’.  But consider an approach to gaming that takes the universe of a game of substantively prior to our reality.  What sort of theses could we derive from such an approach — an approach that, for instance, would probably allow us to frame Termina as existentially prior to Hyrule?  It is this mode of inquiry that I will pursue when the remake is released next month; with both analytic perspectives at hand, I am inclined to believe that an entirely new level of discourse will become available in “Majora’s Mask” and beyond.