The following is an episode of The Drawing Board, a podcast and video series by With a Terrible Fate that highlights the unstructured conversations about video games from which our analytical content is derived.

Welcome to the third installment of Meet the Game Analysts, a video interview series designed to give readers of With a Terrible Fate a richer understanding of the people behind the video-game-story analyses available to read in this publication.

Dan and Aaron sat down with Adam Bierstedt, affectionately known as the “resident historian” of With a Terrible Fate. By now a known quantity in With a Terrible Fate’s work, Adam debuted three years ago with an analysis of how real-world models of kingship can change our understanding of Breath of the Wild’s story; since then, he’s covered myriad games and concepts, including plot holes in Fire Emblem: Awakening, an interpretation of Final Fantasy VII Remake as apocalyptic literature, and, most recently, a study of how Midgar’s Sector 5 Church challenges our understanding of Final Fantasy VII Remake. We spoke with Adam about a wide range of topics, including:

Adam Bierstedt is an MA student studying Medieval Scandinavian literature and history. He focuses on the ways in which video-game systems—like lore, level design, and politics—influence our understanding of story.  Learn more here. 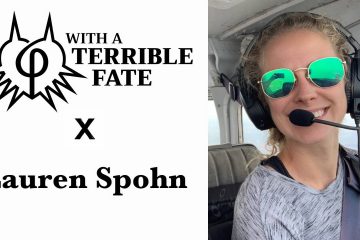