In Suduiko's professional life, he serves as the CEO of Quarter, a company working to provide more accessible and equitable homeownership to all. You can learn more about this endeavor at https://www.quarterhomes.com/.

With a Terrible Fate Podcast Episode 5: Duties to the Self and Avatars

Join us for a conversation with Daniel Muñoz and our founder on the intersection of self-directed ethics and gamers' duties to avatars.

Join a conversation about the wild experiences and interpretive impact of glitches—plus explorations of Disco Elysium and Final Fantasy IX.

We interview Anh-Thu Nguyen on Kingdom Hearts as a digital Disneyland and discuss Dan Hughes' latest article on the nature of Xemnas in KH2.

Episode 2 of WaTF's podcast covers origin stories, player-avatar relations, the challenges of Valhalla, and the ethics of game libraries.

In the first episode of WaTF's podcast, we introduce ourselves and the project and discuss Nier, Returnal, and "games as rent."

Announcing a new weekly video-game storytelling analysis podcast by With a Terrible Fate. 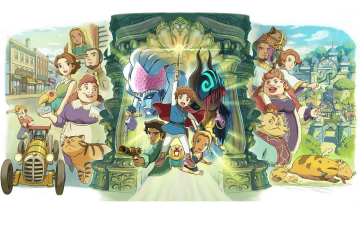 The Missing Soulmate in Ni No Kuni: Wrath of the White Witch

Ni No Kuni quietly tricks its adult player into curing both herself and the White Witch of cynicism.