To followers of With a Terrible Fate and newcomers alike:

With “Majora’s Mask 3D” finally here, you might be wondering what’s in store for With a Terrible Fate.  As I said yesterday, the remake’s arrival signaled the end of my analysis of the original game.  However, the analytic project of this site is far from over; rather, it’s only now beginning.

In Interludes 1 and 2, I discussed the potential for our understanding of video games and their stories to grow by cultivating robust methods of analysis.  Recall also the following passage from my analysis of the line, “you’ve met with a terrible fate, haven’t you”:

“This is what makes the line, in my mind, so significant:  beyond encapsulating the aesthetic dynamics of “Majora’s Mask,” it can be read as an argument for the nature of video games as a medium.  The player turns on a game and is informed by the game that, in turning it on and engaging it, they have brought a universe to life; yet the persistence of the universe in contingent upon the player’s choice to continue playing the game.  The game establishes a coherent universe, and yet the most basic authority of that universe must be ceded to the player…  This is why I have chosen to make this line the namesake of my work on this blog:  it is the open front door of gaming as a medium, inviting the player to create a work of art by mere virtue of experiencing it.”

This mode of analysis from a perspective of player authority, as inspired by “Majora’s Mask,” is something that I aim to refine and apply to a variety of video games.  I have already begun this project with my recent analysis of the metaphysics in “Xenoblade Chronicles.”  With a Terrible Fate will continue to hone its analytic methodology by attacking the aesthetic puzzles of as many games as possible — and, if you head over to our Facebook page (and like us if you don’t already), you might just get to help decide what game will meet with a terrible fate next. 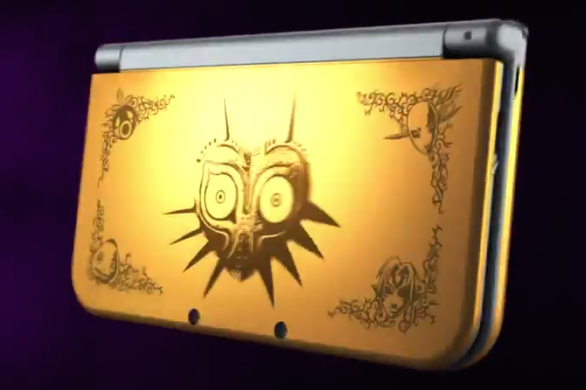 Oh, and let’s not forget the promise I made to analyze “Majora’s Mask 3D” with respect to the original version.  You can bet that, after a brief hibernation in which I open a New 3DS and traverse Termina once more, I will make good on that promise as well.