I began *really* playing video games in 2011 when my sister bought The Legend of Zelda: Ocarina of Time 3D for our brand-new Nintendo 3DS. I had played video games before, but they consisted mainly of Wii Sports and Mario Kart. Ocarina of Time was the start of my video game hobby—one that continues to this day—and it introduced me to the entertainment medium that is video games.

I was a typical gamer at the time. I played many of the mainstream titles—Zelda, Assassin’s Creed, Mario, and many more—and saw video games as mere entertainment. To me, video games were just that: games. But that all changed in 2013 when I played Xenoblade Chronicles for the first time.

It was my first ever JRPG. I adored the combat, the music, the world, everything about it. But what enticed me most was the story. The characters fascinated me, the dialogue was stellar, the many plot twists and turns kept me wanting more and more, and the themes resonated with me. In an immeasurable way, Xenoblade forever changed me. It opened my eyes to the potential of storytelling in video games, and it made me see them not just as games, but also as stories.

Story-driven games now fascinated me. Looking for unique stories, I delved into many new titles: Shadow of the Colossus, The Last of Us, Dark Souls. I began to prefer the story aspect of games above all others, and it all came to a head when I played NieR:Automata in 2018.

NieR’s story was of a particular intrigue to me. I loved it so much that I blew through the game in one weekend, focusing solely on the story. What I loved most, though, was seeing how effectively the game used the video game medium to enhance its storytelling. The visuals, the dialogue, the music, the gameplay—it all seemed meticulously designed with the story as the ultimate focus. It all culminated in the brilliance that was Ending E. After witnessing such a masterpiece, I knew that I needed to share my thoughts on the game’s excellence. Not long after, I stumbled upon With A Terrible Fate.

And here I am now, doing just that. My journey in gaming has led me to With A Terrible Fate to engage in the analysis of video game literature. I, like my fellow analysts, hope to see the day when video games are considered on the same plane as literature and art. From my perspective, video games represent the next evolution of storytelling, and I want to see developers use the medium to its fullest in order to create unique and engaging stories. With that in mind, my goal on With A Terrible Fate is to examine the games that push the medium to its storytelling limit to show everyone that games can surpass even Shakespeare in terms of literary brilliance. By highlighting these games, I hope to develop an accurate gauge on the full potential of video games as storytelling devices, and to one day find the game that reaches that full potential. 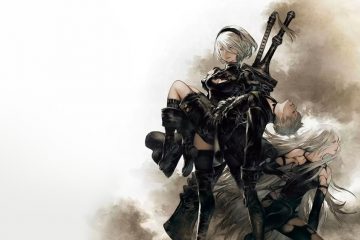 NieR: Automata's Ending E is a case study in how to completely erase the distinction between gameplay and story. 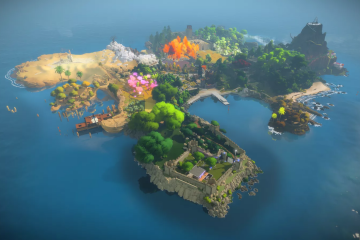 The Importance of Context in Gaming: A Case Study of The Witness

The Witness is an icon of minimalist video-game storytelling. But when—and how—can minimalism go too far?